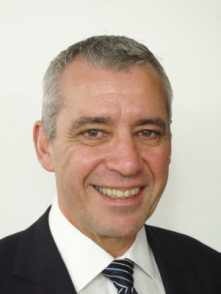 At the top of the list of Mike Hollings' advice to someone aspiring to be a chief executive is: To know yourself. "Your people need to know you as a personality. Warts and all!" he says.

Work to your strengths and make sure that other people know them too. Know your weaknesses and find people who compliment you. According to Mike, his success is largely due to his ability to recruit people who complement his skills.

"Recruit them, then trust them to do what you've asked them to do", says Mike. People react positively when they are trusted to do something without undue interference. Trust them, they won't let you down. "It's never come unstuck yet!"

"I always support them. I'd never dump on them. If something goes wrong I'll take the responsibility."

I've personally experienced the extraordinary level of Mike's trust. It's beyond most other chief executives.

When we were setting up a major Leadership Development Program for 50 of his managers, Mike spend considerable time getting to know me and my values. He also made sure I understood what he was trying to achieve. At a high level he made sure he was happy with the Program I was recommending, then he left me to deal with his Human Resource people. With this level of trust it would have been almost impossible to let him down and I found myself trying even harder than normal.

Mentors have been important in Mike's development and self-confidence. He speaks very warmly about Karen Sewell. Karen Sewell,who is now Secretary of Education, was previously Chief Executive of the Education Review Office when Mike was a manager there. Mike said Karen saw qualities in him that he didn't see himself. She gave him time to develop and reflect and encouraged him to apply for positions that stretched him.

"I do these things myself now!" he says. I think this is a beautiful example of the sort of positive self-reinforcing cycle that good managers start, every time they help someone grow.

Mike says he always tries to treat people fairly. This means, not playing favourites. It means treating people as he would want to be treated.

"It's fair that a disabled person has a car park" he says. "And so should a person with a business reason, someone who's always in and out. But it is much harder to justify special treatment for people just because of their title."

Mike removed the walls. He has introduced open-plan seating in The Correspondence School. As an advocate of breaking down walls and removing silos, I see this as far more than just a physical change. My experience suggests that Mike would have run into opposition if he had kept his office. He sits in the open.

Mike says, being fair also includes encouraging people to put their hands up for assignments that they may not otherwise feel confident about.

Consciously focus on the positive

Mike has been through some tough times. For example at one stage the teachers marched on Parliament about the changes he was trying to introduce. During the darkest days of the restructure, when people came to him with all the problems, he tried to direct some of their attention on the things that were working. Mike says. "This is not a Pollyanna approach. It's based on much research."

"This approach is starting to pay dividends. People who were negative are starting to become more positive. Positiveness is contagious," he says.

Be passionate about a big vision

In Mike's vision, secondary education is exciting and invigorating, not one size fits all. He has a vision in which The Correspondence School is central to changing the way New Zealand, and maybe the world, educates its children.

The student is at the centre of the vision. My grapevine in The Correspondence School tells me that Mike is always focusing people back on the student with questions like: "What's best for the student?" And this single focus is really important

Mike insists that it is not just the chief executive's vision. Soon after he was appointed, he held rounds with people, asking them for their ideal vision. "What we are moving towards now is what people asked for then," he said.

Mike believes it's important for a chief executive to be courageous. There are many tough decisions to be made. They simply can't be dodged. Unavoidable decisions affecting people are particularly hard. During the change process, Mike said things were really tough. But he knew what he wanted to do and believed in the vision, and was therefore able to find the courage to keep on track even when tempted by an easier road.

On the day of the interview Mike organised a powhiri at the Wellington marae. About 300 staff turned up and that afternoon the place was buzzing.

Listen to Mike's first thoughts. I think top of mind, what comes out first, is often the most telling.

Listen to Mike's advice about focusing on the positive.

Listen to why Mike thinks it's important to be passionate about your vision.

Listen to why Mike thinks trust is so vital.

The mentors in Mike's life and why they have been so important.

Listen to Mike's views on the importance of networking.

Mike talks about courage and how it is so difficult.