WHERE ARE YOUR STRATEGIC BLIND SPOTS? 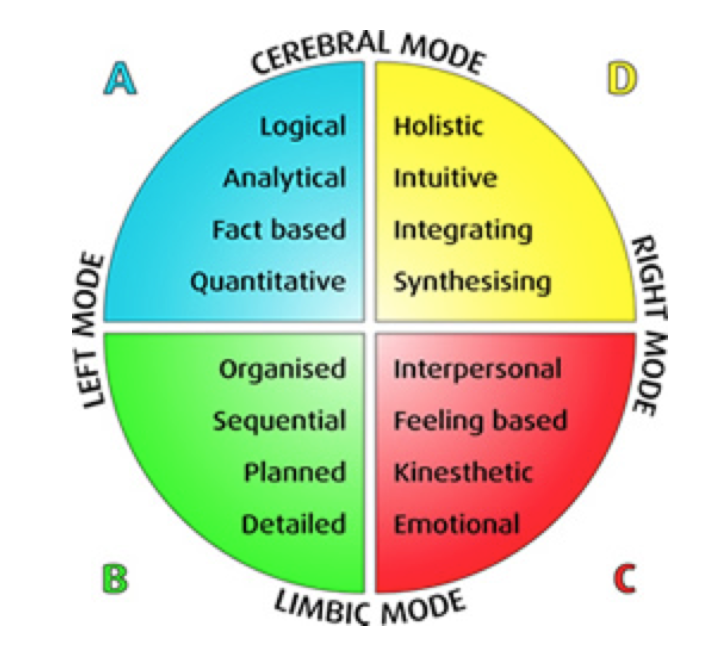 Some organisations, where most of the people are accountants, engineers or statisticians, have a left-brained, thinking preference. As measured by HBDI, their smartness is factual and logical (A Quadrant) and their blindness is mostly about people, emotions and social aspects (C Quadrant).

Other organisations, where most of the people are administrative, librarians or project managers, have a left-brained, feeling preference. Their smartness is in the details, planning and procedural (B Quadrant) and their blindness is mostly about strategic, big picture and future aspects (D Quadrant).

The second chart is an example of a mainly A/B organisation. 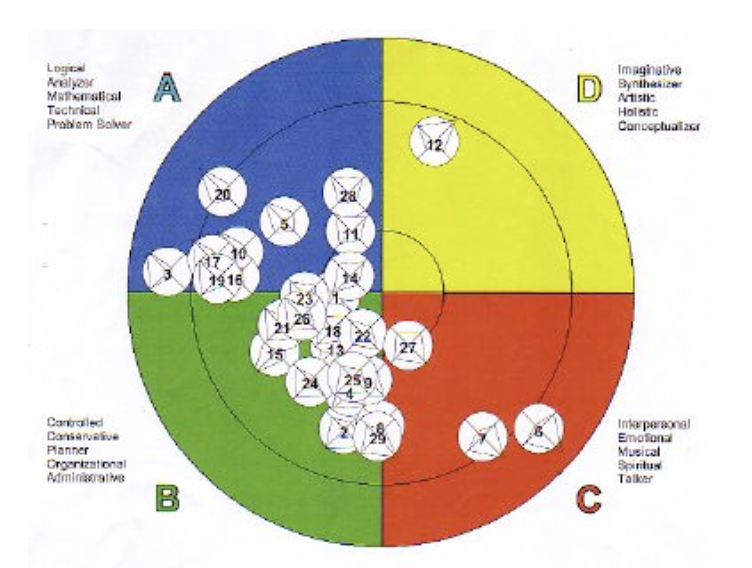 Organisations, where the people are mainly architects, entrepreneurs or artists, have a right-brained, thinking preference. Their smartness is strategic, big picture, integrating and synthesising (D Quadrant) and their blindness is mostly administrative and procedural (B Quadrant).

Organisations where the people are mainly sales staff, social workers and nurses have a right-brained, feeling preference. Their smartness is people, emotions and social aspects (C Quadrant) and their blindness is mostly about factual and intellectual (A Quadrant).

The third chart is an example of a mainly C/D type organisation. I’m sure you can see how the two organisations (see second and third charts) would see differently and have quite different smarts and blindnesses. 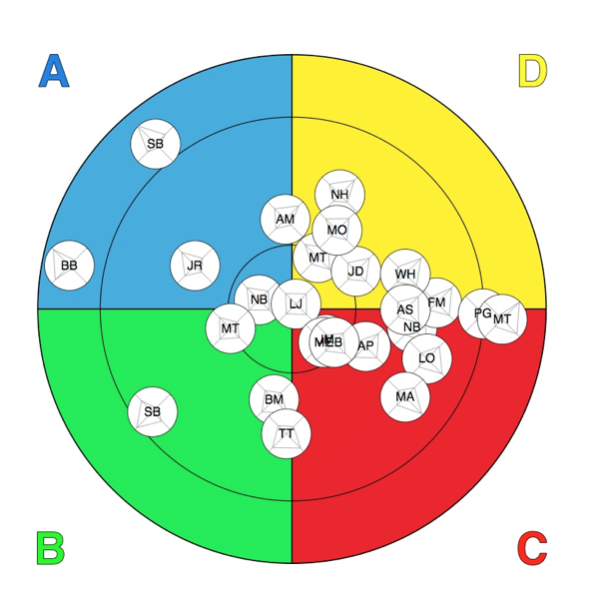 The accountants had strong analytical skills and were some of the most educated people in the organisation so they had many of the answers to the most important problems in the organisation; however, because they were blind to interpersonal and communication insights, they couldn’t sell their ideas nor have the influence they deserved.

Before the strategy process the accountants would produce piles of technically sound data and spreadsheets, deliver these to the senior managers and wonder why no one took much notice. After the strategy process the accountants changed their whole delivery process. They still produced the same reports, then they analysed them to identify the three or four critical issues that needed attention and sat down around a table with each of the senior managers involved and discussed what it meant and what to do. The results were amazing!

The final benefit came from the accountants seeing their role in a bigger way (Quadrant D); instead of being ‘just a bean-counter’ (Quadrant B view) they started to see themselves as central to the organisation’s feedback process. As they understood the critical importance of feedback to the effective running of the bigger system, they extended the factors they measured to include indicators on knowledge and relationships. As their usefulness increased, they felt more significant and purposeful and they worked even harder at developing their financial smarts.